After leaving Loretto School in Edinburgh, Clare graduated in History from Sidney Sussex College, Cambridge. She then researched an MPhil in History at Aberystwyth University, before returning to Cambridge where she completed a PhD on royalist ideas in seventeenth-century Scotland at Sidney Sussex College and became a Research Fellow. After moving to Trinity Hall as Director of Studies in History, she has been Senior Tutor of Trinity Hall since 2013.

Clare’s main interests lie in early modern British political, religious, legal and cultural history. She was Editor of the Historical Journal from 2004 to 2011 and her biography, Charles II: The Star King was published by Penguin in 2016. She has appeared regularly on discussion programmes such as Melvyn Bragg’s In our Time and Start the Week on BBC Radio 4 and presented a three-part BBC2 television series on The Stuarts in 2014 with a two-part sequel series on The Stuarts in Exile in 2015 Her latest book, Devil-Land: England Under Siege 1588-1688 was published by Allen Lane/Penguin in 2021. Devil-Land was named as a ‘Book of the Year’ in 2021 by The Times, The Times Literary Supplement, The Daily Telegraph and The New Statesman and won the Wolfson History Prize 2022. 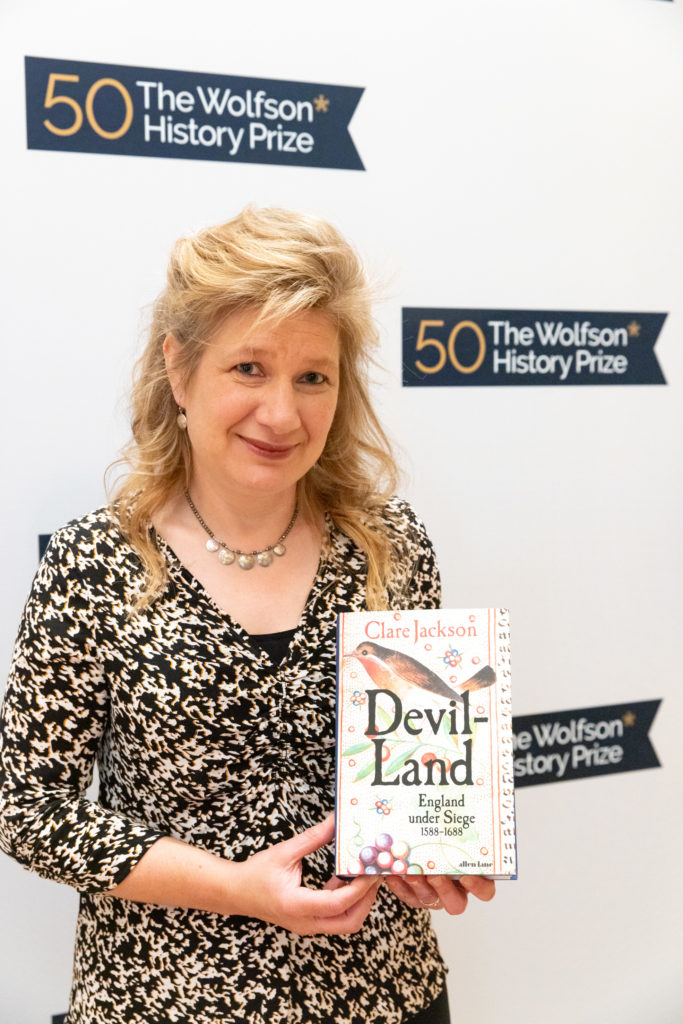 Out Now in Hardback & Paperback! 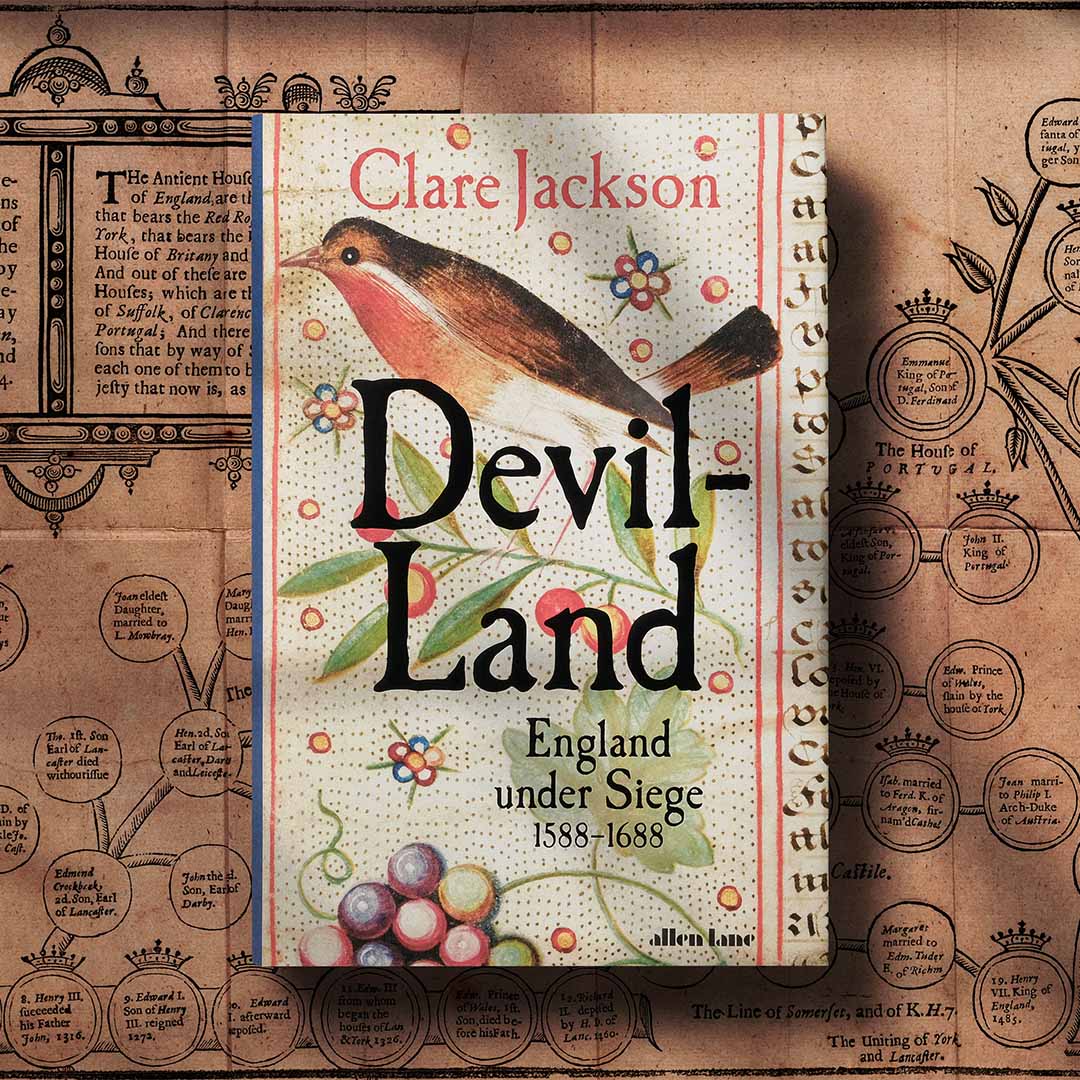 Devil-Land tells the story of a nation in a state of near continual crisis. To many foreigner observers, seventeenth-century England was ‘Devil-Land’: a country riven by political faction, religious difference, financial ruin and royal collapse.